The Reason behind the Popularity of Cricket 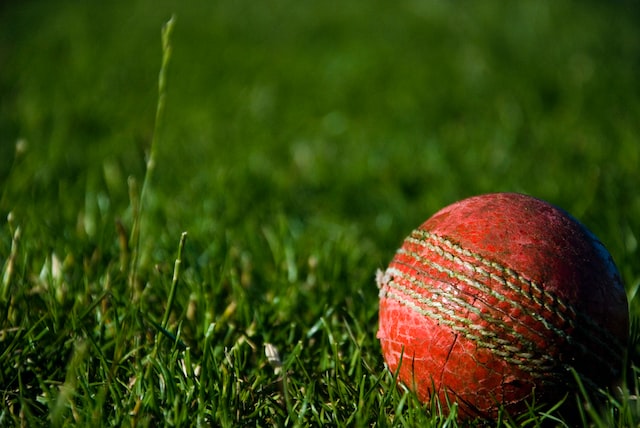 Cricket, formerly a favorite summer pastime in England, has since spread over the world and is played in many countries, including but not limited to India, Pakistan, Bangladesh, Australia, the West Indies, New Zealand, and South Africa.

When the British expanded their empire, they brought cricket with them. Although hockey was initially designated as India’s national sport, modern cricket has become so popular in the country that many Indians consider it a religion.

The British introduced this sport during their colonization of India in the late 18th century. It’s no surprise that by the end of the 20th century, India had become the center of international cricket events and a household brand among its fans everywhere. Because of the intense rivalry between India and Pakistan, this sport’s matches consistently attract more spectators than any other sporting event.

One of cricket’s numerous draws is the sport’s emphasis on teamwork, which requires players to be physically and mentally robust and adaptable. In addition, the discipline and rigorous physical training it requires can encourage its participants to lead healthier lives. This sport deserves serious consideration as a potential contender for inclusion. Why is cricket so well-liked? Here are six reasons.

1.   Playing Cricket Can Help You Get Fitter, More Focused, and More Resilient

Cricket, like all other sports, can help you become more physically robust. But because cricket is played on an open field, it contributes more to physical fitness. A strong player can master the mind and body in the blazing heat and endure the rigors of winter training.

The most important form of physical activity for cricket training is running with strength training, weight lifting, hybrid exercises (cross-training, squats, etc.), and so on. Achieving and maintaining a healthy and active lifestyle is the primary focus of cricket practice.

2.   Cricket Is A Great Way to Learn About Leadership, Perseverance, Discipline, Teamwork, and Coordination

Cricket, like any other activity, requires players to hone a wide variety of abilities, which in turn boosts confidence, fortifies the mind, and strengthens the will.

To win a game of cricket, the eleven players all need to work together. Consequently, cricket fosters an environment where players are interested in the other squad members. Improved concentration is another skill that cricket can help develop. If you make even one mistake, you could hurt yourself.

Cricket is popular among young people because it is simple to pick up and play and provides valuable discipline and strategic thinking lessons that can be applied in other aspects of life.

3.   Cricket’s Economic Impact Is Second Only To That of Soccer On A Global Scale

Cricket is a highly compensated sporting event that draws millions of fans, leading many to draw parallels between the sport and the financial world. The cricket league continues to expand and attract more fans each year. Businesses and celebrities pool resources to form an IPL (Indian Premier League) squad and recruit players. It stands to reason that the more entertaining the match, the more money the corporate community will make.

The cricket team players have a lucrative side income thanks to their participation in tournaments—the greater the sum, the larger the monetary payment to taxation.

On top of that, there are many additional contributors to the country’s economy. Several stadiums in India, for instance, have undergone renovations so that they may host matches for the Indian Premier League (IPL). More people are coming to watch the cricket match now that a new stadium has been built. The digital OTT platform is also significant, as television networks may profit from broadcasting cricket matches.

The tourism, hotel, and service industries all benefit from cricket. It aids the expansion of the travel and leisure sector. Cricket supporters are willing to travel from far and wide to see their favorite players play live.

India is now widely recognized as cricket’s global epicenter. When the Indian Premier League (IPL) was founded in 2008, it marked a watershed moment in cricket’s evolution. It brought together the game’s most talented players worldwide for a single event in India.

Competition in the IPL is heightened not just by the high stakes of the cricket events but also by the glitz and glamour of the prize money. IPL’s worldwide fan base has inspired many young people to pursue professional cricket.

The 13-year-old Indian Premier League (IPL) has been widely credited with helping to improve the state of the Indian and worldwide economies, as well as the tourism business that facilitates the cricket players’ travels and accommodations.

5.   ICC And BCCI Are the World’s Two Most Prosperous and Influential Cricket Governing Bodies

The two most potent cricket organizations are the International Cricket Council (ICC) and the Board of Control for Cricket in India (BCCI). All cricketing matters in India are overseen by the BCCI, whereas the ICC is responsible for the sport internationally. The BBCI is a non-governmental organization that makes its own decisions without consulting the Indian government.

The Board of Control for Cricket in India (BCCI) is the governing body responsible for organizing and overseeing all major domestic and international cricket tournaments. In addition, BCCI has maintained its preeminent position on a global scale through its promotion of cricket, organization of cricket matches, and promotion of cricket as a sport.

6.   Due To the High Attendance and Media Coverage, Cricket Events Are a Favorite for Advertising by Major Brands

Watching cricket matches live on a mobile device is a popular pastime during the season. During commercial breaks at a cricket match, just about one person out of every thousand will change the channel. The brands that pay for advertisements are the ones that get the most attention.

Thousands of spectators flock to the stadium to watch the cricket match live. There are a lot of opportunities for sponsors and brands to reach out to the crowd. They do it by putting up banners or providing services or products at the stadium. Many customers want to try the services or products there since they are so appealing. It has been shown that advertising a brand at cricket matches has a higher return on investment than using any other method.

The sport’s immense popularity can be attributed to the enthusiasm with which it is played. Cricket is one of the best games practiced and appreciated by people of all ages and sexes. It is not just because of the money it may make during tournaments.

Cricket is the most popular sport in India and Pakistan and is played everywhere, from the largest stadiums to the smallest backyards. Putting aside the elite cricketers, cricket is a sport that almost anybody can participate in. It doesn’t require a lot of equipment or a large playing area. Two players with a ball, bat, and a set of wickets can play an informal game of cricket.