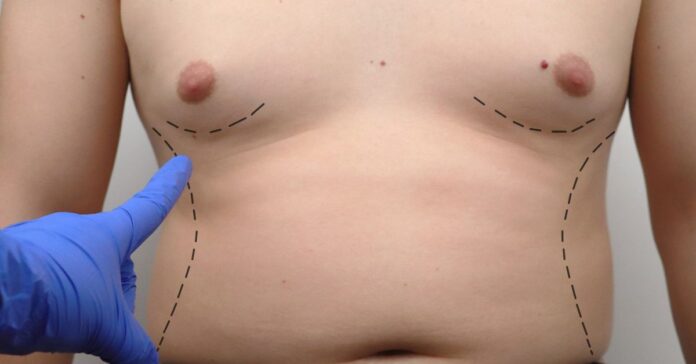 What is referred to as liposuction?

During liposuction, fat is sucked out of problem regions such the stomach, upper and lower back, thighs, buttocks, arms, and neck. These areas can also be contoured using liposuction. Liposuction is also known as lipoplasty or body sculpting.

When it comes to losing weight, liposuction is rarely mentioned as a viable option. As opposed to liposuction, other methods of weight loss, such as a bariatric procedure like gastric bypass surgery, are more effective for people who are overweight.

If you have excess fat in localized areas but are otherwise at a healthy weight, you may be a good candidate for liposuction. Liposuction is an expensive procedure. It’s better to speak to your specialist to know the liposuction surgery cost.

Why is liposuction performed?

If you have trouble losing weight in certain parts of your body, like the, you may want to consider liposuction.

Additionally, liposuction may be done to treat gynecomastia and/or reduce breast size.

Fat cells swell in size and number as a person puts on extra pounds. So, liposuction works by eliminating localized fat deposits. How much fat is taken off is based on how much fat there is and how the area looks. As long as you maintain your current weight, the shape changes you see from this procedure will last forever. There are different types of liposuction surgeries depending on your condition. They are recommended by your doctor.

The procedure of liposuction:

After liposuction, patients often wonder if their fat will return or “travel around.” The outcomes of liposuction are long-lasting and not transitory. Liposuction does not cause the body to “re-grow” or redistribute fat. When we conduct liposuction, the cells we take out are gone for good.

Liposuction is among the most sought-after aesthetic operations, and with good reason. It’s effective right away, improves with time, and can alter your body shape in ways that dieting alone can’t. However, in order to keep the results, one must adopt and stick to a healthy lifestyle. Let’s discuss the mechanism of liposuction and cells.

The overall number of adipocytes, or fat cells, in an adult person is fixed, according to the most recent studies. A person’s true age is fixed at birth based on their unique genetic code. The number of fat cells in the body is fixed once the person reaches adulthood. So, explain why you still can’t wear your high school slacks. Fat cells, you see, are dynamic in terms of their size. Our fat cells expand and contract in response to our overall body weight change.

Except in two very rare cases, your body has a fixed number of fat cells that either decrease in number or increase in size in response to weight gain.

The first is dramatic putting on weight. Once existing fat cells have expanded to their maximal size, they will divide to produce new fat cells.

The other major outlier is liposuction, which works by physically eliminating fat cells from the body. Liposuction uses a cannula, a suction tube, to remove localized fat deposits from the body.

Body fat doesn’t regenerate after being cut out of the body. In other words, liposuction or any other method of permanently removing fat from the body will not stimulate the body to produce new fat cells. They have completely vanished. If you take care of the results you get from liposuction, they will last forever.

Maintaining the results of liposuction:

A further area of ambiguity is the topic of post-lipo weight gain, which is something we see frequently in our clinic. Liposuction works best on people who are otherwise healthy and who have a steady weight. While liposuction eliminates fat cells for good, the results are not permanent.

When excess fat is surgically removed, the patient’s physique takes on a new contour. Lipo will help you keep the same body contours even if you gain weight. If you get liposuction of the abdomen and then gain weight, for instance, your tummy will still be flatter than it would have been without the procedure.

Diet and exercise are essential for keeping your weight.

If you gain weight following liposuction, the results may be more pronounced in the areas that were not altered by the procedure. There is good news, though: You can get back to your pre-lipo figure with just a change in diet and some exercise. If you are dealing with weight issues seek help through liposuction surgery in Coimbatore.